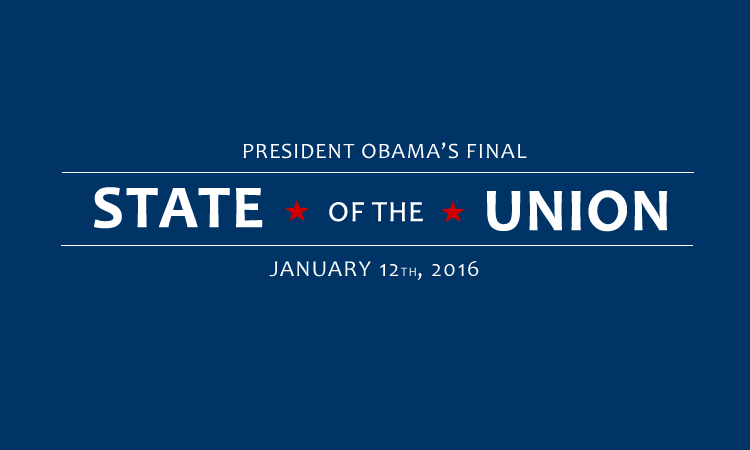 State of the Union Speech

On Tuesday night January 12th, President Obama will give his final State of the Union address from the Capitol. He’ll talk about where we find ourselves as a nation and lay out his agenda for the year ahead.

You can also follow SOTU on Twitter Make sure you’re following @WhiteHouse for news and real-time updates before, during and after the address.

When President Obama addresses leaders of the U.S. federal government, he will be fulfilling a constitutional obligation and following a long-standing tradition of American presidents. The U.S. Constitution requires that the president report to Congress “from time to time” on the “State of the Union.”

This constitutional requirement has evolved into the president’s annual State of the Union address, which now serves several purposes. The speech reports on the condition of the United States both domestically and internationally, recommends a legislative agenda for the coming year and gives the president the opportunity to personally convey his vision for the nation.

Watch as the President reflects on the road we’ve traveled in the last seven years: